What Do the Numbers Mean on a Rifle Scope?: Explained

This is because shooting is only fun when you’re achieving the accuracy you want. You cannot enjoy your day of hunting if you’re missing every target. Whether you’re buying a rifle or a shotgun scope, you will see that the scope specifications come with numbers.

What do the numbers mean on a rifle scope? In this article, we talk about everything you need to know about these numbers and how to pick the right set of numbers for your hunting experience.

What Do the Numbers Mean on a Rifle Scope?

The first number, x, is the magnification of a rifle scope. While scopes on shotguns and handguns are meant for short-range shooting, rifles are meant for long-distance shooting. Therefore, all scopes for rifles will come with a magnifying factor.

Sometimes you might see rifle scope specifications in the form of three numbers, i.e. x – z x y. This means that the rifle has customizable magnification instead of a fixed one and you can get any magnification between x and z. This is also called variable magnification power. 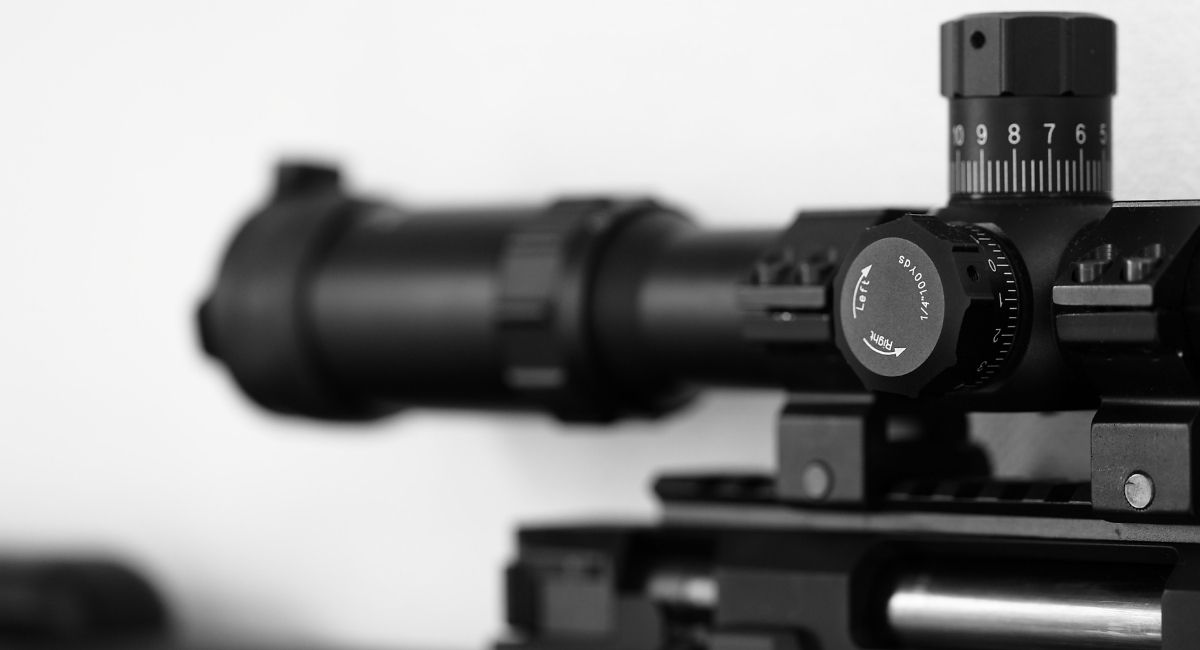 How Does Magnification of the Scope Affect Shooting?

Magnification is quite straightforward to understand when it comes to shooting. If you’re shooting a rifle at a target that is a long distance away, a properly aligned scope that provides you with a magnified view of the target will help you shoot more accurately.

However, more is not always better when it comes to magnification. If you’re choosing a rifle scope with fixed magnification power, you should get one that is most suited to the kind of hunting or shooting you mostly participate in.

Therefore, when you’re choosing a rifle scope, choose a power range depending on the usual distance of your targets. If you use your rifle for small game that you can shoot within 100 yards, a 4x magnification should suffice. Magnification of up to 8x should work for shooting targets up to 200 yards.

Higher magnifications might be needed for targets that are shot in open landscapes. For example, if you’re hunting animals in a large field, an open plateau, or a desert, you might need a rifle scope with up to 12x magnification power.

As a general rule, variable magnification power is a better option. This is because you can adjust the magnification properly to shoot your most accurate shot instead of relying on a single frame of view. 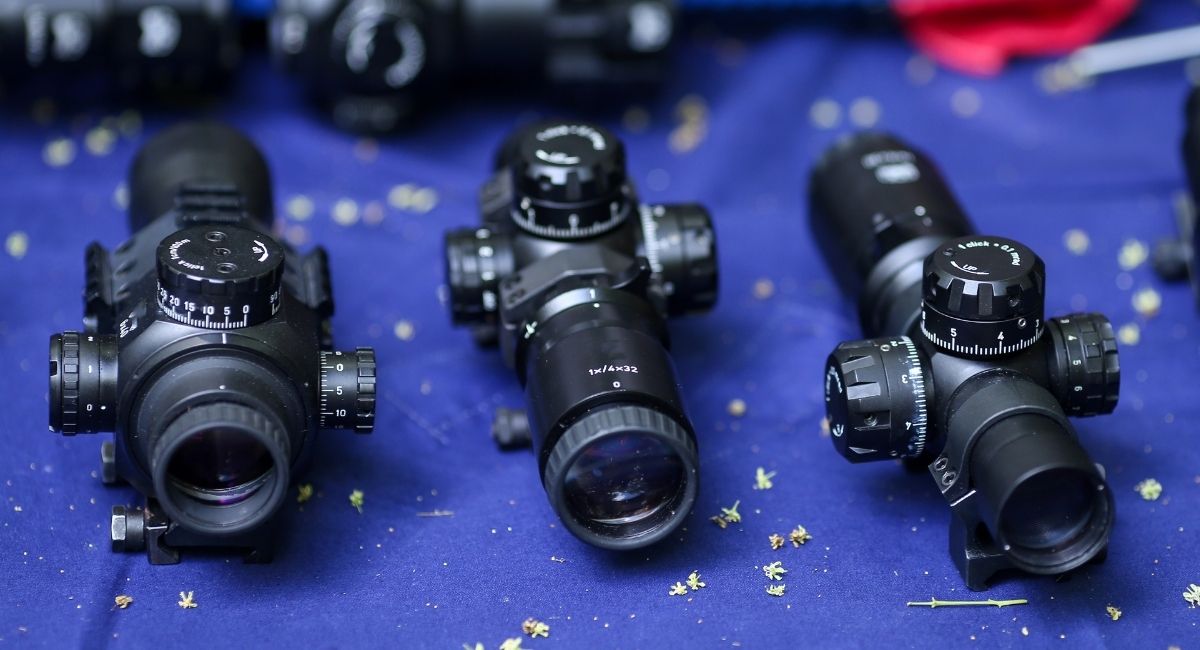 How Does the Diameter of the Objective Lens Affect Shooting?

The size of the objective lens directly affects how much light is entering your scope. This, in turn, affects the brightness that you get when you’re scoped in.

The higher the magnification on your rifle scope, the lower the brightness will be. This means that you will get a brighter picture at 4x zoom than you will at 12x zoom. For the same reason, a 50-millimeter objective lens will give you much better visibility at higher magnifications than a 32-millimeter lens.

The bigger the diameter of your objective lens, the more expensive your rifle scope will be. While increased brightness will certainly improve your visibility and offer a better shot during long-range shooting, the extra dollars you will spend might not be worth the slight improvement.

You cannot get a larger objective lens on your scope without increasing the overall size and weight of the scope. When you’re out hunting, you need to make sure that the weight of your rifle is manageable for you to take a stable, clean shot. A heavy scope might cause instability and ultimately reduce the accuracy of your rifle, defeating the point of the larger objective lens.

Choosing the right rifle scope can make or break your hunting experience. If you do not have enough magnification, you might not be able to hit your targets accurately. Too much magnification also has the ability to ruin your shooting by not letting you focus properly.

We hope that this article has helped you to understand exactly what the numbers on a rifle scope mean and how to make an informed choice regarding these numbers. Check out Future Army Officers for more informative articles on firearms and accessories!