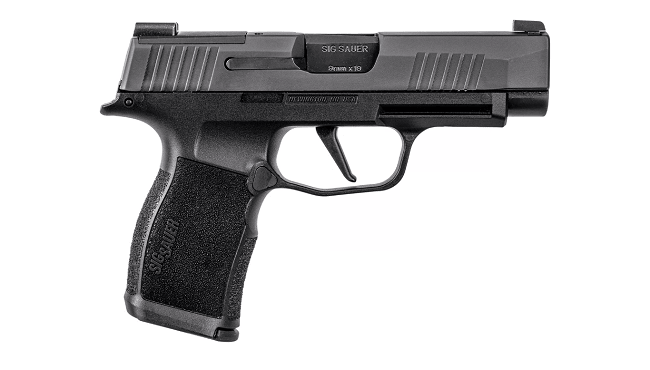 A handgun is named because it is a firearm that can fit and a shooter can hold in one hand. It is one of the most popular firearms in circulation. Handguns are usually used for self-defense, their size making them easy to conceal and carry around. Shooters also use them for target shooting and small name hunting.

There are five different types of handguns that you can find. Each firearm possesses unique characteristics, such as the cycle of operation or rate of firing and the loading technic. As a shooter, you should know what type of handgun you carry to perform and use the firearm better and with ease. Knowledge of the different pistols would also help you decide which one to go for when choosing.

The single-shot pistols are among the earliest form of handguns released in the market. They were so-called “pocket pistols” because they are easy to conceal and carry around in your pocket. It is also regarded as one of the most basic firearms and essentially is like a small cannon-type of weapon because of its explosive shots with every trigger action.

Contrary to single-shot pistols, multi-barreled handguns were created and developed with more than one barrel. A multi-barrel pistol enables a shooter to fire several shots of ammunition without having to reload with every single fire. Multi-barrel handguns are popular among shooters because of their increased and powerful shooting capability.

Revolvers are a repeating type and multi-loading firearm. They have a cylinder or rotating cartridge with different chambers, which chambers contain several rounds of ammunition. The number varies according to the brand and model. In reloading a revolver, the action swings out the entire wheel of the chamber where you can place your fresh rounds of ammunition.

Revolvers enable a shooter to fire successive shots. The cylinder would rotate every time you press the trigger with the chamber containing a fresh round of ammunition. Compared to other handguns, revolvers have better accuracy with more powerful firing ability.

While semi-automatic handguns only fire a single shot with every trigger action, automatic firearms can fire consecutive and rapid shots with each depression of the trigger. With its burst capability, an automatic pistol is more powerful than a standard semi-automatic one because of its ability to fire rapidly without pressing the trigger manually. They were created to be a lighter weapon but have more firing capability for the expert shooters to use.

Today, shooters only use automatic handguns for a special purpose with limited utility. Although they are indeed more powerful, with their ability to rapidly fire successive shots, they are also much harder to control compared to semi-automatic ones. Only the best shooters can fully utilize this lightweight and powerful handgun.

Those were the five different types of handguns that you can find in the firearm industry. Each is unique on its own and has its specific utility. Now that you know the functions and capabilities of each type, it is easier for you to identify and evaluate which type of handgun is convenient and works better for your use.