How to Load a Shotgun: A Guide

The shotgun is heavily used in hunting and sport shooting and it’s the ideal weapon for home defense. Instead of in a clip, shotguns fire shells of metal shot that are typically loaded one at a time.

In this article, we get you up to speed with how to load a shotgun properly.

How to Load a Semi-Automatic Shotgun

The first step you need to take when loading a semi-automatic shotgun is to make sure that the firearm is not already loaded. You want to do this whenever you handle a firearm. You probably know that you always need to assume that the firearm is loaded — this is the first rule when it comes to firearm safety.

The second step is to ensure that the bolt is forward and the barrel is pointed away from you in a safe direction.

Remember: the magazine tube will load another shell into the chamber if there are still shells in it. You need to keep repeating this process until you’re sure you’ve ejected all of the shells. 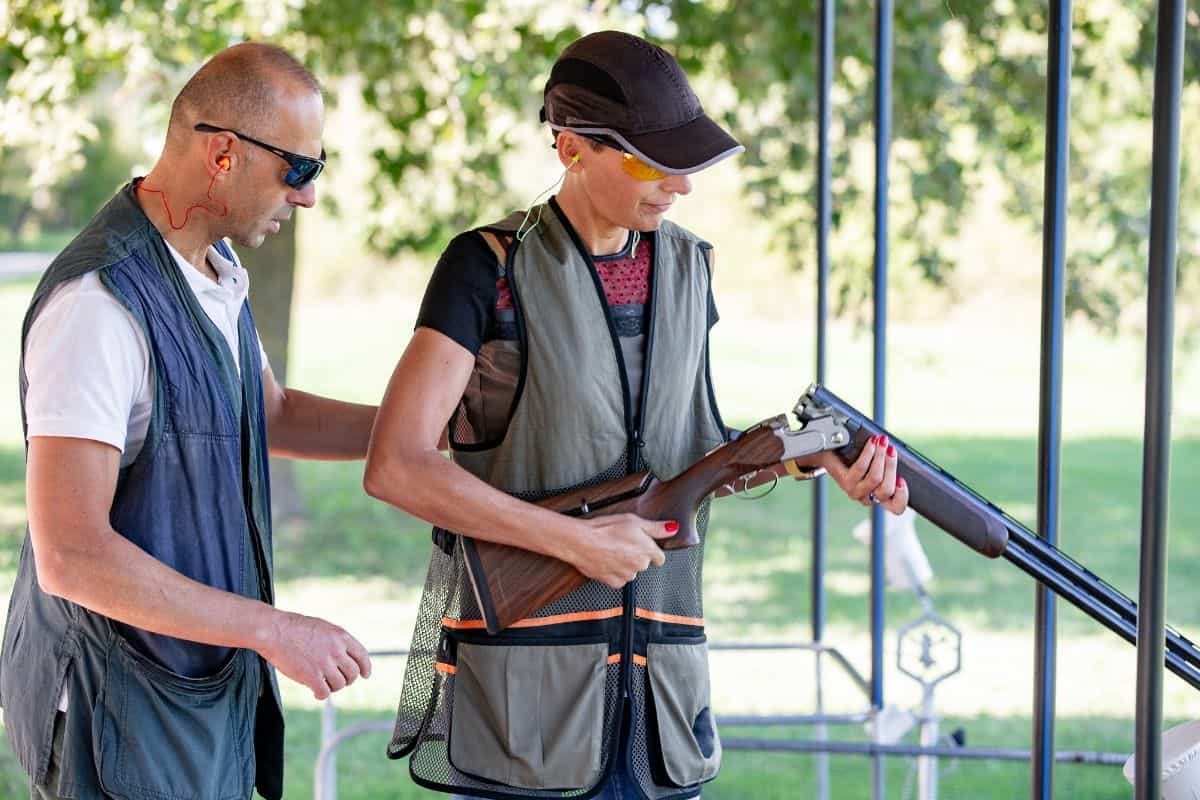 Parts of a Semi-Auto Shotgun

How to Load a Pump-Action Shotgun

Loading a pump-action shotgun is quite similar to the process we described above for a semi-automatic shotgun. However, there are a few key differences. The first thing you want to do, as with all firearms, is to make sure that the firearm is not loaded already. You don’t want to make an assumption whether the firearm is loaded or not. Always check the shotgun.

The second step is making sure that the fore-end or forestock is all the way forward. Your non-trigger hand will grip the forward grip, and you will use this to put rounds into and out of the chamber. In order to operate the pump, some types of shotguns might have a small level you will need to hold down that’s located near the trigger.

The third step involves sliding the shell into the magazine tube from the bottom of the firearm. As you can see, this is the same step above, when we covered the process of loading a semi-automatic shotgun. Like we said before, use your thumb to slide the shotgun shell into the tube. Keep repeating the same thing until the tube is full, or you have loaded the number of shells you want.

The last step is loading a shell into the chamber. You’ll accomplish this by pulling the fore-end to the rear and then giving it a push forward. This is how the shells will be cycled by a pump-action shotgun. If you want your pump-action shotgun to be unloaded, you’ll need to continue doing this until you’ve unloaded all of the rounds.

Parts of a Pump-Action Shotgun

How to Shoot a Shotgun

Now that you know all of the parts that make a semi-automatic shotgun and a pump-action shotgun, as well as how to load both of them, it’s time to go over some tips on how to shoot them.

First things first: bend your knees and keep your feet shoulder-width apart. We suggest leaning forward a bit, too.

Use your firing arm to hold the standard drip and place your weak hand on the fore-grip. Slightly bend a little to mitigate recoil, as well as being more square with the target. The pocket of your shoulder is where you should firmly place your shotgun.

You will end up feeling the shotgun as it hits you if you don’t have a firm plant, which is why getting in position is so critical. Another thing to keep in mind is to check for eye-dominance problems. See if the master eye of the shooter (you) matches the shoulder from which you shoot. Shooters who are left-eye dominant should shoot off their left shoulder, and shooters who are right-eye dominant should shoot off their right shoulder.

In order to determine eye dominance, take some cardboard and cut a small hole in it. Now, extend it out from your face, holding both of your arms straight. Center an object in the hole from a distance, and slowly draw the cardboard back in the direction of your face, while focusing on the object through the hole. The hole will go towards your dominant eye.

Final Thoughts on How to Load a Shotgun

We hope that our guide helped you learn all of the steps that need to be taken when learning how to load a shotgun. Always follow the usual gun safety rules, and have fun!