How a Bullet Works: Everything You Need to Know

Guns have been a true game changer in the history of combat, quickly overtaking arrows, bows, spears, and swords on the battlefield. With only a pull of a trigger, you can immediately cause different amounts of damage, which can sometimes be lethal.

But how a bullet works, and how something so small is able to cause so much damage, is a bit of a mystery until you get into the physics of it. Continue reading to learn all about it!

What Is a Bullet?

Let’s start with the easy stuff. What, exactly, is a bullet?

The term ‘bullet’ comes from the French word boulle, which means a small ball. Handgun bullets are made out of a variety of materials, including rubber, polymer, steel, lead, cooper, and sometimes even wax. Tapering can make them even more aerodynamic. Bullets come in various constructions and shapes, and are intended for specialized functions such as combat, training, target shooting, and hunting.

Many people confuse the term bullet with a round of ammunition, which is not correct. The thing that people refer to is a cartridge, not a bullet. A bullet is not the whole cartridge, but instead a small component of a cartridge. However, this brings us to our next point. What else makes up a cartridge, since the bullet is only a part of the cartridge?

Components of a Cartridge

A cartridge consists of four components: the primer, case, propellant, and the bullet itself.

The primer can be found at the base of the case, and it’s also widely known as the percussion cap. The firing chain is initiated in this part of the cartridge. A flash hole is a small gap that separates the propellant and the primer, and once the trigger gets pulled, ignition sparks travel through this part of the ignition to set off the propellant. 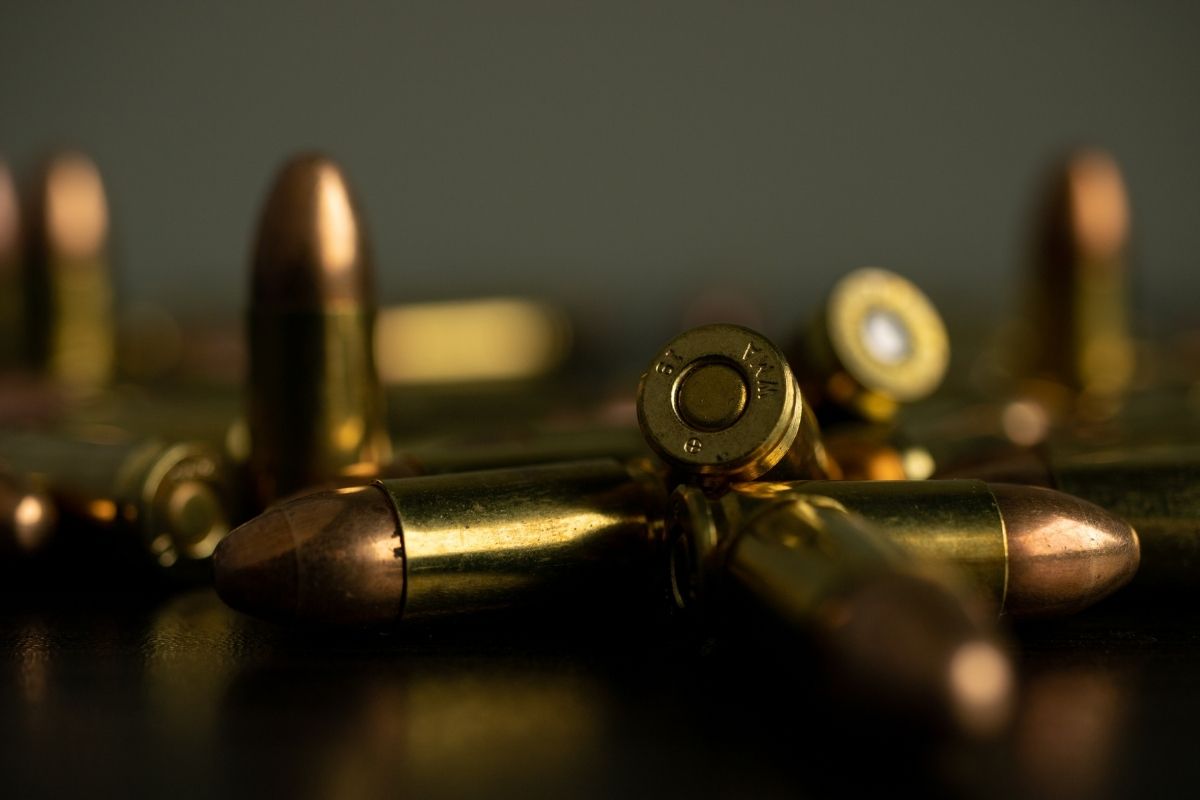 All the elements of handgun cartridges are held by a container called the case. You’ll find the primer at the base of the case, the propellant will be in the middle, and the bullet will be on the top. Each time you pull the trigger, the case is the part that’s ejected from the gun in semi-automatic and automatic weapons. The material from which a case is made usually includes brass, aluminum, steel, and manufacturers have used even plastic.

Gunpowder, or propellant if you want to use a more technical term, is a substance that rapidly burns and creates gasses that quickly expand and develop pressure within the cartridge walls. The path of least resistance is sought by these high-pressure gasses, which would be where the bullet resides, on the other side of the cartridge. The break of the pressured gas through the barrel is the loud noise you get when a shot has been fired. It’s important to note that the pressure we’re talking about is truly high.

Depending on the needs and the purpose of the target user, rifle bullets come in different sizes and shapes. For instance, solid bullets for a rifle are typically thin and long. This allows them to move through the air with less resistance and provides them with better aerodynamic qualities.

Even though shooting a gun seems pretty straightforward and fast, there are a few processes going on inside the gun in those short few seconds, and all of them happen really quickly.

A small spark ignites the propellant when you pull the trigger and the strike of the firing pin is received by the primer. There’s a quick-burning of the propellant, which releases gas at really high pressure. Inside the gun, there’s huge pressure thanks to these gasses.

When you fire a bullet, you feel the gun leaping backward. This can be explained through Newton’s third law of motion, which says that if object A exerts a force on object B, then object B must exert a force of opposite direction and equal magnitude back on object A. So, when the propellant applies pressure on the gun, the gun applies an opposite and equal force on the case that contains the bullet and the propellant.

The bullet offers a way of resistance that’s pretty low for a breakout, which is the reason why when the gasses look for a way out they’re channeled towards this part. The gasses go through the gun’s barrel and push the bullet out of the case as they escape, and produce a loud noise along the way.

Due to the momentum and speed of gun bullets, they can be quite deadly, even though they’re small in size. It’s also important to note that there are factors fighting against the path of a bullet, and the path it travels is not a perfectly straight line. The bullet’s ability to travel a straight line is affected by its spinning motion as well as the air resistance that slows the speed of the bullet.

Final Thoughts on How a Bullet Works

Now that you’ve got all of the terms clarified in your head, you have a deeper knowledge of how a cartridge works and its relationship to a bullet. Since you know everything about how a bullet works, you can go to the range and impress your friends!