How Long Is Ammo Good For?

Did you find a box of ammunition in your cluttered gun case, and you’re pretty sure that you purchased it more than 10 years ago? What should you do with all of this ammunition? Is it safe to use? Will it even work?

The question of how long is ammo good for depends on a few factors. Just like many other products, ammunition also has a shelf life that’s important to keep in mind. So, let’s get into it.

How Does Ammunition Break Down?

You can experience challenges with firing if the powder and the primer become damp as a result of moisture seeping into the defensive ammo. Moisture can be visible liquid — think spills, lake water, or rain — but something like humidity can harm the defense ammo over an extended period of time, too. Humidity will not only dampen the powder and primer, but it will also damage the exterior of the cartridge with excessive corrosion.

Even though the biggest threat to ammunition is moisture, another contributing factor is extreme heat. The powder begins to break down chemically as soon as it’s created in the factory, even though this process is actually very slow. When temperatures are higher, this chemical reaction or deterioration is accelerated.

The final factor we want to discuss is time. As we previously mentioned, the deterioration of the powder begins instantly, and throughout the life of the ammunition, this process continues. Even though it’s pretty slow, taken together with the influence of heat and moisture, the lifespan of the ammo can decline fast. 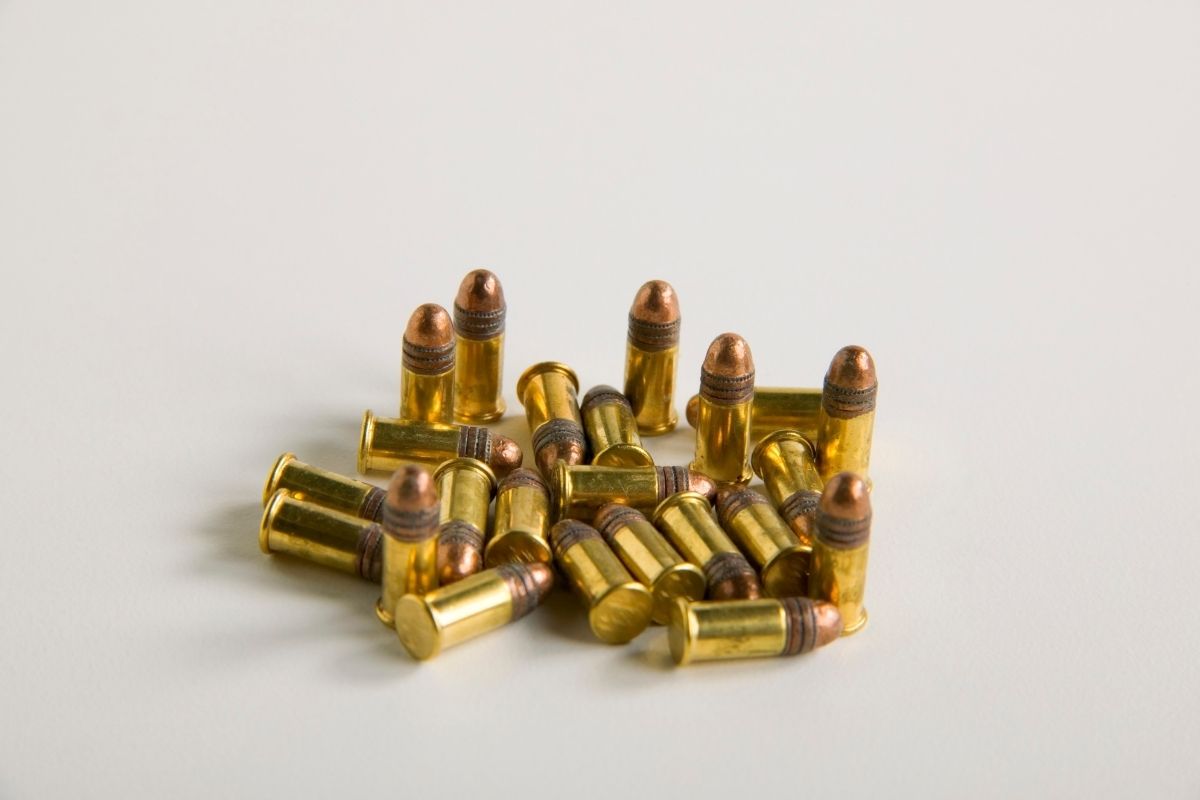 How Long Does Ammunition Last?

Most manufacturers and ammo experts say that 10 years is the common lifespan of ammunition. For instance, the Federal Premium Ammunition says that ammunition has a shelf life of 10 years when it’s stored in a proper manner.

Even though there are many people who claim that ammunition can last longer than 10 years, it is best that you stick to the 10-year timeframe if you want the highest level of performance, consistency, and reliability when you’re shooting.

If you’re at the range, you can give old ammunition a shot. However, if you’re using a firearm as a way of self-defense, or if you’re hunting, you don’t want to risk it by using ammunition that’s seen better days.

The basic rule to make your ammo last longer is to keep it in a dark, dry, and cool place. However, there are several other practices to extend the shelf life of ammo.

You should vacuum seal your ammo when not in use, don’t expose your ammo to the atmosphere, avoid jostling your storage box often, and make sure to rotate the rounds within your firearms every now and then. Finally, in order to absorb any excess moisture, make sure that you use silica gel.

Is old ammo worth money?

Yes, old ammunition can still be used. A bullet is okay as long as it cannot pose any issues to the barrel of your rifle and can be shot in the range. However, if you invest in an ammo box that is tightly sealed, there’s better value to the bullets. You can be sure that shooting it won’t be the reason for any worry or harm.

Can ammunition be recycled?

Unused and corroded ammo can be recycled. However, the infrastructure is just not available in an extensive manner. Proprietary technology can disassemble unused slugs that no longer fire in the range. The cartridges can be filled with new components, while the powder will serve as fertilizer. In order to remanufacture new sets of ammo, a commonly-conducted practice is to recycle shells empty of their bullets.

If you store it properly, how long is ammo good for?

The state of safekeeping often determines the shelf life that your ammo will have. Ammo lasts for at least a decade, on average. However, even after a decade, some guns will be capable of shooting with the same ammo. This can be done if the ammo has been stored under ideal conditions.

The propellant’s potency may diminish over time, although ammo does not necessarily expire with age. If you shoot your gun with old ammo, it can get stuck in the barrel. To maintain the viability of the ammo for shooting, keep it safe from degradation and moisture.

Is 20-year-old ammo still good to use?

If kept properly, 20-year-old ammunition can still be useful. Even though the primer and the propellant will eventually degrade, proper storage will help you sustain its shelf life.