The global hunting community often discusses different ammo types, and ammunition selection can become quite technical. Sometimes it’s a matter of personal choice. It also depends on the type of hunting rifle and the rifle’s intended use.

Here we compare two popular hunting cartridges, the .270 vs. .308, to help you make an informed decision about when to use each kind of round.

Choosing the right type of hunting ammo is important. You need to understand what you’re buying and how it will perform. American game hunters are particularly fond of the .270 and .308 rounds, as both offer benefits for short-range and long-range shots. This ammo can also be used for big or small game at the 500-yard mark and potentially further.

Historical Overview of the .308 Cartridge

During the Korean War, the U.S. military used the .30-60 cartridge. Eventually, the military realized the need for a battle rifle that could use semi-automatic and fully automatic firepower with a detachable magazine, as they were competing against weapons like the AK-47.

The .308 cartridge was first designed for the M14, which was used in the Vietnam War. However, M14s were later replaced with M16s for military purposes, which used different-sized cartridges. Although the military stopped using the .308 as a primary rifle cartridge once the M16 became the staple, military snipers still used it for long-range shooting and in fully automatic machine guns like the M60.

Afterward, the .308 became popular with ammunition manufacturers once Winchester released the .308 for civilian use in 1952. It was popular for the National Rifle Association’s long-range shooting contests and hunting various animals, including elk, black bears, and deer. 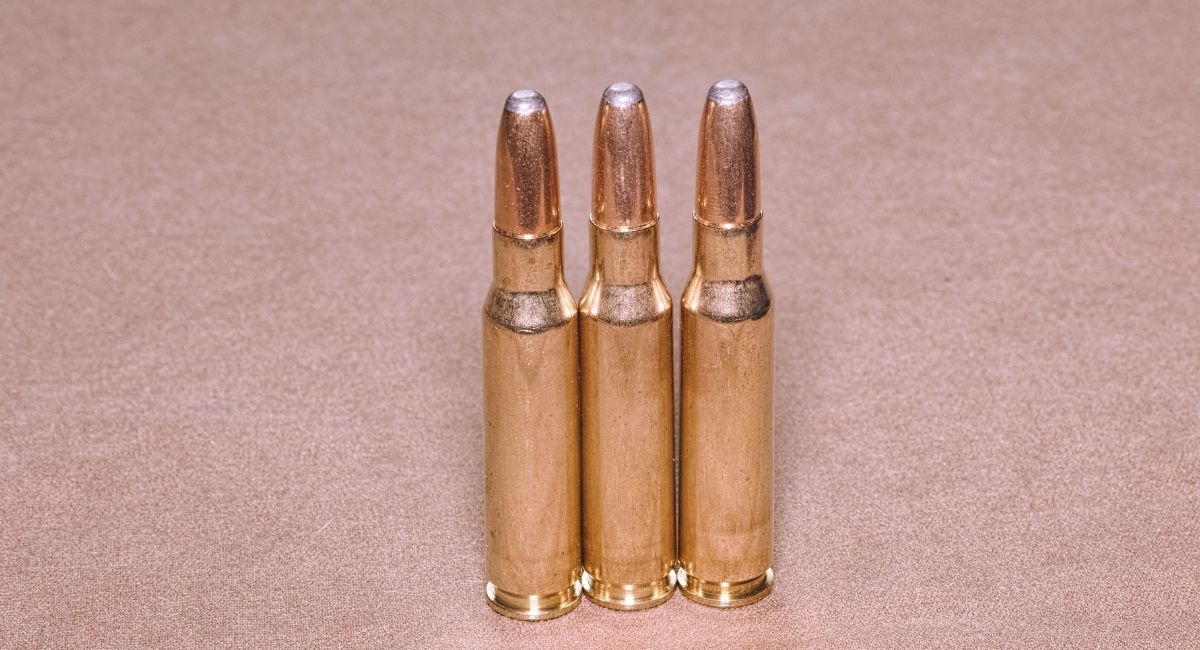 Historical Overview of the .270 Cartridge

Following the Spanish Civil War, the U.S. military was inspired by the Spanish 7x57mm Mauser and wanted to find an equally effective round. They selected the .30-06 Springfield, which was compatible with their 1903 Springfield bolt action rifles that could fire 150-grain bullets traveling 2,700 feet per second (fps).

Winchester was equally inspired by the Mauser round and designed a cartridge that could accept a smaller bullet and be fired with a faster muzzle velocity. Because of this, the .270 Winchester was born in 1925. Initially, it was compatible with the Winchester 54 Bolt Action Rifle and could fire 130-grain bullets using a 3,140 fps muzzle velocity.

For many years, this round was not particularly popular. However, after WWII, Jack O’Connor was so complimentary of the .270 in the Outdoor Life magazine that it became popular, especially for big game hunting.

Today the .270 is only used in a few weapons, like the 6.8 Remington SPC and the .270 Winchester Short Magnum. It has a flatter trajectory, versatile ammo, and is an ethical long-range hunting round that can shoot both lighter bullets for smaller game and heavier bullets for larger game. 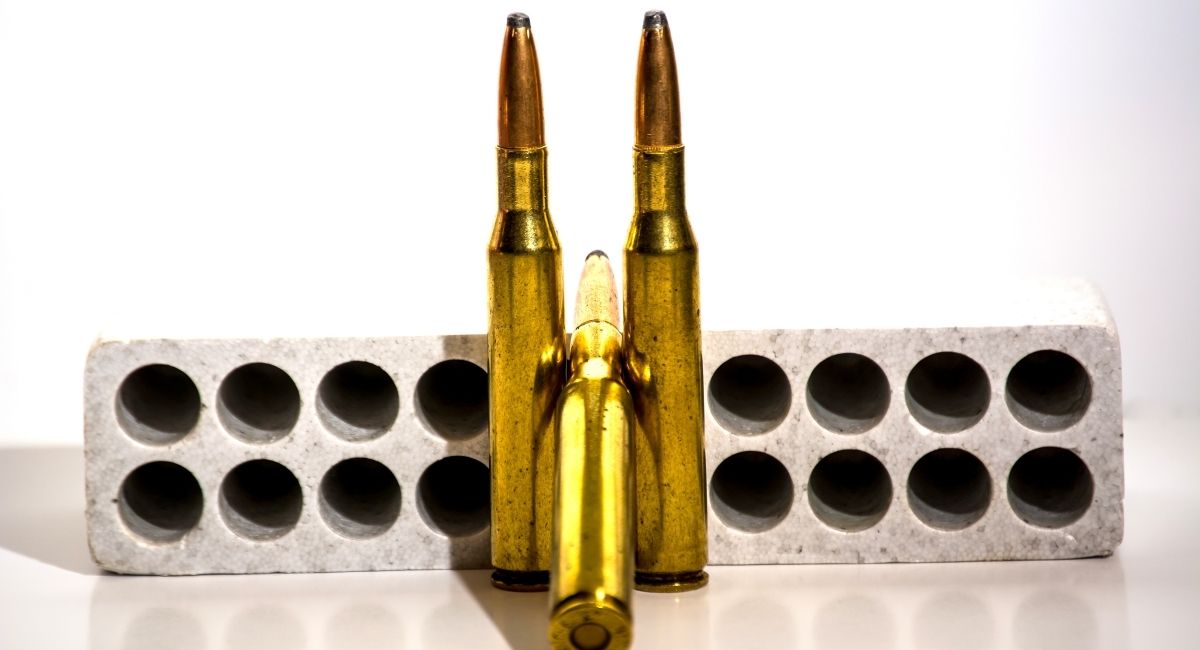 It can be complicated to compare these two rounds, and many people prefer using one over the other. Below we look at the .270 vs. .308 and compare them in terms of ballistics, recoil and muzzle rise, accuracy, trajectory, price, and the availability of compatible rifles.

Ballistics involves the mechanics of firing a weapon, including how a projectile performs and launches. Typically, a .308 Winchester is loaded with projectiles ranging from 150 to 180 grains, with muzzle velocities reaching around 2,500 to 2,800 fps. This can vary depending on the weight of the bullet and the length of the gun’s barrel.

The .270 travels quicker because it uses lighter bullets inside a larger case. It’s usually loaded with bullets ranging between 130 to 150 grains, and the projectiles usually travel around 2,800 to 3,100 fps.

Because the .270 uses a lighter bullet, it can travel faster, which means the effective range of the .270 can be slighter longer than the .308. In practice, this can translate into an additional 100 yards of effective range, which is why many long-range hunters prefer the .270.

However, advocates of the .308 often prefer this round because of the heavier projectiles and the ability to land larger game animals. Despite this, the .270 can also be used to bring down large game.

Hunters usually consider recoil an essential factor in choosing ammunition, as it affects accuracy – the more recoil, the less accurate the shot.

The recoil of both calibers is very similar, although recoil often has more to do with the type of weapon being used and the bullet weight. If you use a 180-grain bullet, the .308 will have more recoil power than a 130-grain .270. But when you compare a 130-grain .270 round with a 147-grain .308 round, there’s not much difference in recoil.

Neither caliber will likely give you a sore shoulder. However, as the .270 has a lighter bullet, it will have less recoil than the .308.

In terms of muzzle rise, there’s also not much difference between the two rounds. Additionally, muzzle device options are available that can help reduce muzzle rise.

Many factors affect a shooter’s accuracy. These include trigger control, sight alignment, and the type of rifle used. While many will say that the .270 is more accurate because of its flatter trajectory and reduced recoil, many shooters that use a .308 will also achieve excellent accuracy. Both the .308 and .270 are very accurate, and comparing them in terms of accuracy won’t make much difference.

Shooters are increasingly interested in the trajectory of a bullet because it affects accuracy and effective shooting range. The .270 has a flatter trajectory than the .308 because of its higher muzzle velocity. This means that if you’re choosing between the two for long-range shooting, then the .270 likely has a longer effective range. But for shorter ranges around 400 yards, both will have a similar trajectory performance.

Price is always going to be an important consideration when buying ammo. For long-range shooting, there’s little difference in price between the .270 and .308. Generally, the .270 rounds will be slightly more expensive than the .308 rounds.

It’s always important to verify that the ammo you use for a new rifle is widely available and relatively inexpensive. Luckily, both the .270 and .308 are popular rounds and are readily available. In general, you’ll find it easier and slightly cheaper to buy .308 rounds.

Although ammo availability should be considered, it’s also important to determine your rifle’s compatibility with a .270 or .308 round. Most big rifle manufacturers make guns that take either round. But if you have a semi-automatic rifle, you will probably be limited to the .308, although you could try the Browning BAR in .270. 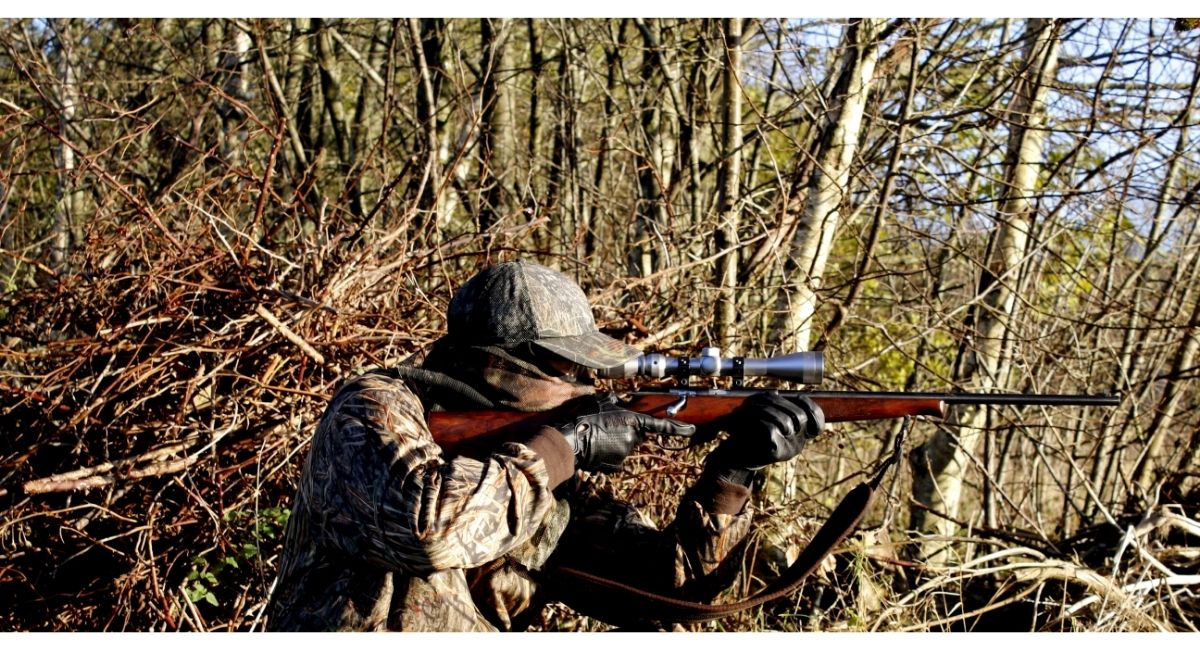 Hunting Calibers: Which Ones Are the Best?

As you can see, it can be challenging to choose between the Winchester .270 vs. .308 cartridges for hunting with your game rifle. When hunting small game, you’re probably going to be better off with the .270, as the bullet is lighter with a flatter trajectory and is also great for long-range shots. The .308 is probably the best option for large game because of its heavier bullets that can penetrate thick bush.

However, you also need to consider what range you’ll be shooting from. For long-range shooting over 500 yards, the .270 may be a better choice, as it has slightly less recoil and a greater effective range.

In general, both options perform well for long-range and shorter-range shots.

When comparing the .270 vs. .308, it’s clear that both are very similar and make an excellent choice for hunting a game animal, whether big (e.g. deer hunting) or small. While there’s not a huge difference between these popular cartridges, there are a few small points that we have covered in this review.

For an ethical shot, a flatter trajectory, and a slightly reduced recoil, the .207 seems to be a favorite. If the small difference in the cost of ammo is important, then the .308 is preferable. No matter the model of your favorite rifle, if it’s compatible with either cartridge, you’re bound to have a good time hunting.