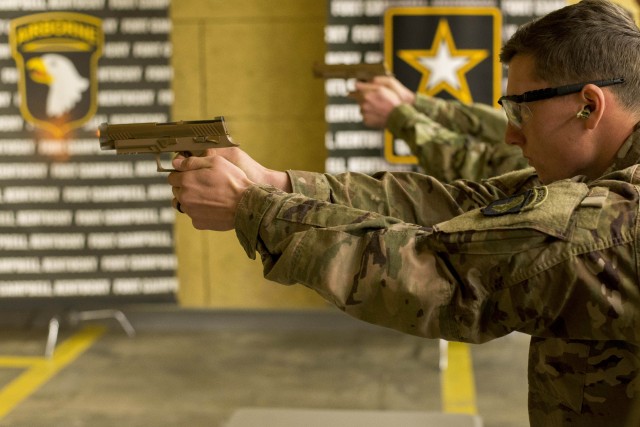 So you’re at the firing range working on your aim. You’re going through round after round and getting better hitting the bullseye. Suddenly, your gun stops working halfway through a round – leaving you with a popping sound instead of a bang. Immediately, a range officer approaches you and tells you to keep your gun pointed in a safe direction. You do just that, and about thirty seconds in, your gun finally fires.

It doesn’t take an expert to know that that situation could have been catastrophic. This delayed fire is termed a “hang fire” – which is what happens when the gun mechanism pushes the bullet but fails to leave the barrel. A cartridge problem, or powder contamination, is one of the few causes of a hang fire.

But how is it different from a misfire; a more commonly used shorthand term for a gun that didn’t go bang? And what about a squib load? Aren’t these terms just describing the same gun failure phenomenon? Technically, no – so, let’s investigate the differences.

Considered more of an annoyance, a misfire happens when the priming mixture in the bullet fails to initiate after being struck by the gun’s firing pin. The bullet was expecting a big push, but all it got was a “light hit.” A misfire is usually caused by a faulty firing pin, defective ammo, or both.

To handle a misfire, all you must do is release the jammed bullet from the pistol. After that, you’ll be ready to go. Misfires usually are a result of faulty ammunition – likely caused by a manufacturing defect. While a misfire isn’t necessarily a dangerous gun fault, it’s hard to distinguish it from its more ominous relative: the hang fire.

If you’ve ever seen a video of a bullet in slow motion, that’s essentially what’s going on during a hang fire. Unlike a misfire, the bullet was successfully ignited; the firing pin struck the primer, and the bullet makes its way out of the barrel. However, instead of a quick discharge, the release is slow and unpredictable. The pistol has now turned into a ticking time bomb.

All misfires should be treated like hang fires. In a noisy shooting range, you can’t differentiate a misfire click from a hang fire click. Therefore, it’s best to play it safe and keep the pistol pointed to where it cannot harm and should be kept in that position for at least thirty seconds to a minute.

Hang fires are extremely dangerous and should be handled with extreme caution. Once the minute of standing by has passed, you can call for assistance for an officer to help you out. Don’t try to disassemble the pistol by yourself if you’re not confident about it. Always play it safe and seek assistance when needed.

A squib load is just as annoying as a misfire, and just as misleading as a hang fire. What happens in a squibbed fire is that bullet manages to engage itself and ignite – but there is a lack of force to push it out of the barrel. Essentially, this will end up with a jammed bullet with its primer all used up.

With the primer ignited and burned out, the chances of this bullet exploding unexpectedly have been significantly decreased. This is what sets a squib apart from a hang fire. A hang fire has a force holding it back from the barrel, while a squib lacks the force to push it out of the barrel. Despite these key differences, there’s no harm in waiting for a few seconds with the gun pointed away after a jam – just in case your squib load turned out to be a hang fire.

How to handle misfires, hang fires, and squibs?

The rule of thumb is to treat misfires and squibs like a hang fire. Point the gun at a safe spot, wait for a minute, and unload with caution. The last thing you want is a bullet engaging at a time you don’t expect it. While these jams are rare, they could still happen. Faulty ammunition, iffy cartridges, and even mishandling could cause all types of problems at the shooting range, and your best protection is your knowledge and your vigilance.